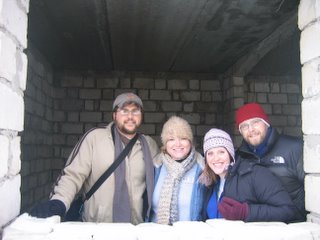 <![CDATA[<img decoding="async" alt="" src="https://photos1.blogger.com/blogger/3186/522/320/Moldova%20Jan%20%2706%20567.2.jpg" border="0">The transitional living house. I am so excited about this house. We went to see it for the first time to see it since we officially purchased it. It became “real” to me. Tim (far left) will be staying behind for a year to mentor and disciple the boys that will eventually live in this home (Tim will live in the house, too). I really enjoyed watching the older boys bond with Tim. They listened to him like I’ve never seen before. I know they will grow to love and respect him as time goes on. 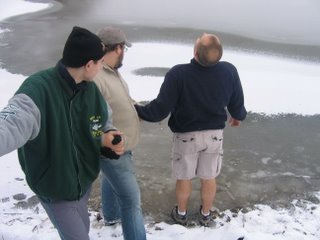 Two of our team members accepted Christ on the trip…we all rejoiced with them. Brian (above) wanted to get baptized in Moldova. So where else but a FROZEN lake? It was an amazing experience for the whole team. I love this picture because (1) it commemorates the moment, but also because (2) it looks like he’s looking up to the sky in complete surrender. How telling… 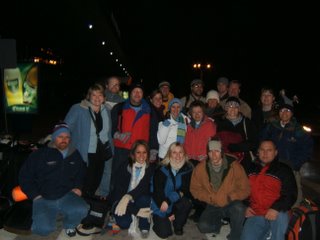 One thing I loved about this time around was my teammates. We had an amazing team – a great mixture of young and old, men and women, people who had been to Moldova and those that hadn’t. At night, once we got back to the team house, we would have dinner and prayer time. I really enjoyed that and needed that. Another nightly highlight was the “Tim and Jordan: Unplugged” show. They would sing well into the morning hours…mostly Shane & Shane, but they managed to fit in some other favorites, too. 🙂 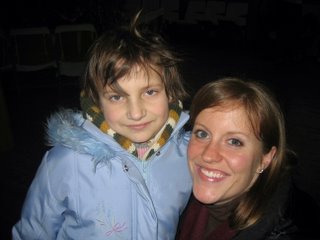 I set out on this trip to find a child for my friend, Mary Anna, to sponsor. Well, it didn’t take long. On day one, this beautiful little girl – Angela Vieru – clung to me and never let go. I knew instantly that I had found the one. The only thing left to do was see if she already had a sponsor. It turns out she didn’t and neither did her sister. Now, Mary Anna is sponsor to two lovely sisters, Angela and Ana Vieru. This warms my heart to no end! 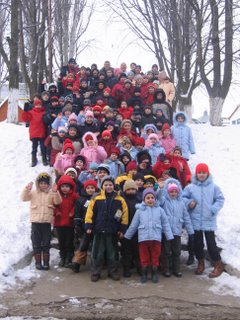 As part of this trip we had the amazing priviledge of giving out coats to every single child – Thanks to EMI Christian Music Group. This is the group in Falesti with their new coats! I love the fact that they’re standing in snow. 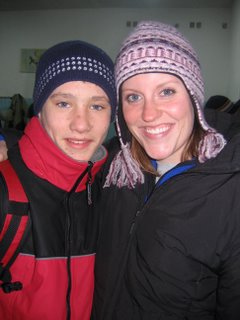 A trip to Moldova wouldn’t be complete without a new Mihai. (For those of you that don’t know, I went to two cities this summer and bonded with a Mihai in both). I met this guy on day 1 in Chisinau and learned that his name was Misha. He followed me everywhere and carried my backpack for me. On the last day, I asked him to write his name down (I wanted to see if he was sponsored) and he wrote down Mihai Moraru. I said, “I thought you were Misha?” He nodded his head yes. I was confused. I went and got a translator, who proceeded to tell me that “Misha” is the Russian form of Mihai. “Of course his name is Mihai,” I thought. So now I have yet another Mihai! 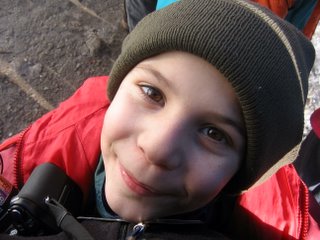 And last, but not least…my precious, precious Mihai. I was blessed to get to spend 3 days with him. As most of you know, he has been sent to a “sanitorium” called Drochia because of “nighttime urination”. The orphanage directors agreed to let him come back to Falesti while I was there. He’s the same sweet and vibrant little boy. He’s a little shy, though. I don’t know if I realized that this summer. Sometimes he won’t answer questions. But he’s a giggle machine. I took this picture from above while he had his arms wrapped around my waist. I just love it. Check out those pretty brown eyes! If you look REALLY closely, you can see me in his eyes…pretty cool, huh? Before I left, I got to tell Mihai that the same sky, moon, and stars that he sees…is the same sky, moon, and stars that I see. So whenever he looks up at the sky, he can think of me. And I told him I would do the same. Tears streamed down his smiling face when I told him this. He loved that thought…and so did I. I think this whole trip was worth it just to be able to tell him that face-to-face. And so now I’m working very hard to have him moved back to Falesti. So keep praying for that…

This trip was incredible, and like this summer, one that I cannot recap with words (although I know I just said a lot!). All I know is that God used this trip to bring me closer to Him…with a renewed desire to devote time to my relationship with Him and to know Him more.