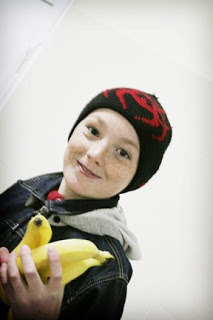 i think i speak for the whole team when i say this week has flown by. this trip has totally blown my expectations in every way. 6 months ago, i’d never heard of moldova. today i am in love with it.
since we finished the beds at casa de copii so quickly, we have had the last few days to spend at internat #2 with a few of the kids that people from our team have built relationships with over the years. it was fabulous to finally see the place i had heard so much about. somewhere along the way i found myself attached to the sweetest 10-year-old, freckle-faced, red-headed boy named Eugen. we barely left each other’s side for 2 days straight.
we snatched up several of the internat kids, including eugen, and took them to a local “retirement home” type place. it was such a dark, damp and depressing place.

basically, these elderly people were sent to this place to live out the rest of their days and die. so sad! so we went with the kids to pass out bananas and cookies and let them know that God loves them. the kids got really into it. we have spent the last few days pouring into them in so many ways, so it was amazing to see these kids give of themselves so freely to these elderly people who are even less fortunate. i couldn’t understand a word said, but it doesn’t take a rocket scientist to know that we were making some people’s day. trying to write this blog is like trying to pull stubborn molars out of the deep recesses of the gums waaaay in the back of your mouth. a combination of exhaustion, emotion and a general lack of words worthy of the experience makes it a really difficult story to tell. i am thankful for the ability to photograph all that i have seen here as a means of communicating the beauty of this place. i pray that God uses my photos to touch the hearts of those who can come behind me and continue the work to make a difference here in moldova. the moral of the story is, my heart is in pieces–in a good way. i’ve fallen in love, and come out a better person for it. AND!! i have begun the process of sponsoring the best kid ever!
i never thought i would be so moved…i just might have to come back here. and God willing, sooner than later. hannahelaine
]]>