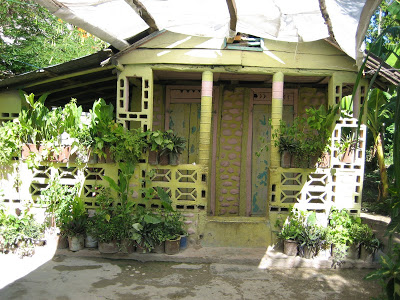 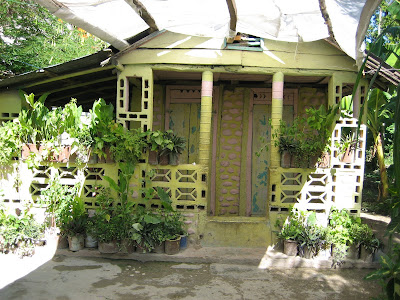 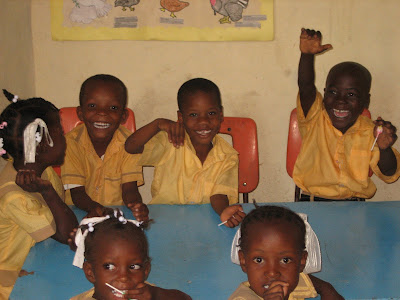 The first orphanage we visited Tuesday was one with an industrious director who had lived in the States and saved enough money to return to Haiti to build an orphanage. While in the States he also made enough contacts to help fund the ongoing needs of the orphanage. In addition to the orphanage, the campus holds a school, church, hospital and get this…a hotel for relief teams to use for lodging. Besides the opportunity for team lodging, the other reason we wanted to visit the orphanage is because we had heard the director welded his own bunk beds because of the poor quality of the ones that are sold on the street. His concept was better than what we would later see at most orphanages, but still isn’t a design Sweet Sleep would want to use for our Haitian model. The metal is just too thin and therefore unable to withstand lots of little bodies for years to come. The orphanage did need a few more bunks and many more mattresses. The next orphanage was vastly different (see the two pictures above). We were welcomed by 40 bashful little children in their yellow school uniforms. They were gracious enough to allow us to interrupt their school day for a few minutes before we went to see their living situation. Under the banana trees was a little lime green and pink cottage which was home to 16 girls who lived there (only girls live here because there is no building for the boys to live in). You could tell by the slant of the structure that it had been there forever. It had a little bit of a Swiss Family Robinson feel to it—until you walked inside. If these children lived with the Robinson family they’d be sleeping in beds cleverly fashioned from natural resources. The director and his wife have gentle loving hearts and were orphans themselves. Now they have these 40 children they educate and care for (what they call a “small number”) and make do with what they can. This means that the 18 girls share two very small rooms with only 5 beds among them. Bunk beds would make their simple home a much more livable space. The next and last orphanage we visited Tuesday needs a blog all of its own. And, since we’re about to leave for our last day of discovery, I’m going to have to post that later. Pray for what God might show us today and that He would direct our path to the places we are supposed to direct teams to this summer. See you in the next blog,
Jen]]>