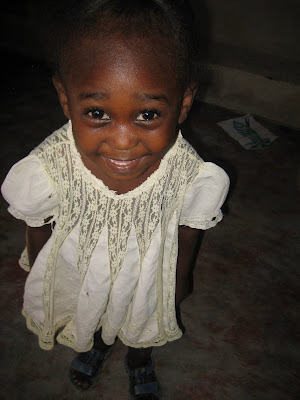 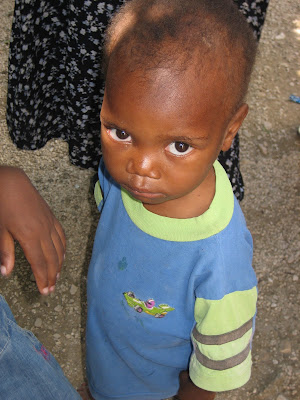 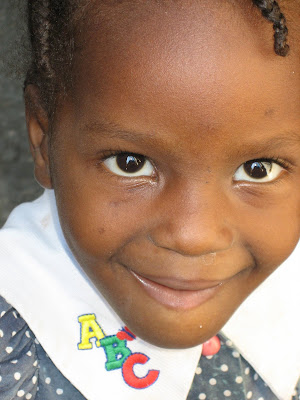 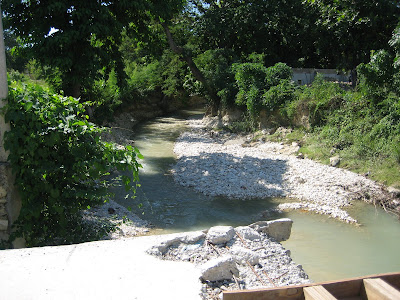 Last August Haiti was battered by several hurricanes and subsequent rock and mud slides. Then, to add insult to injury, massive flooding from the heavy hurricane rains. If you’ve read my blog from Monday on how our work in Haiti began, then you already know some of this and, you know our ministry began in Haiti as a result of these natural disasters. More than a year later Haiti is still struggling to return to “normal”. As I go through the areas which suffered damage I can see many people have managed to start over. It’s not until I go to an orphanage that I can see the aftermath of the catastrophe is still very real. Tuesday afternoon we drove about an hour or so outside of Port-au-Prince to an orphanage with 120 children who range in age from newborn to teenager. On the way I began to learn their shocking story. One night last August the children and their caregivers were sound asleep. Suddenly, around 2 in the morning, they were woken by a “rushing” sound. Their orphanage sits directly against the banks of a large river that flows through Haiti. The director knew instantly that the concrete walls holding back the river had broken and that in a matter of minutes they would be flooded. Somehow they managed to wake all 120 children and run with them up a mountain across from their orphanage. The flooding from this river caused many deaths and wreaked havoc everywhere. Roads were flooded or washed out and there was no way to escape. The children and caregivers stayed on top of the mountain for THREE days before choppers could get to them and rescue them. Once rescued, they lived in UN tents for a while before moving to an abandoned building. The kids were quite sick during this time and clearly very traumatized. The children we saw there were honestly some of the saddest looking children we’ve ever been around. For sure they were absolutely the quietest. They came right to us and pretty much just clung to us as much as possible. So much so that is was almost impossible to walk. I had a tiny little girl at my tip toes holding on to my skirt for dear life and just looking up at me. I had another child to the side holding my skirt and two more in the back. There were kids holding onto my shirt and my arm. And then there were kids all around them just wanting to be close. The children are back in their orphanage, but are sleeping on the floor because their beds were washed away. They desperately need 60 new bunks, sheets and mosquito nets. Gosh, I’d love to be able to put beds in their orphanage. Any takers? See you in the next,
Jen]]>