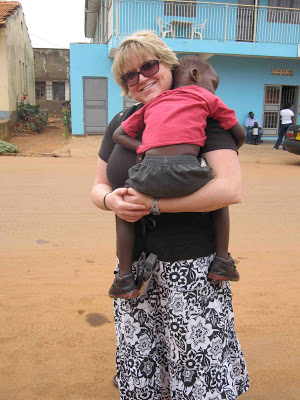 <![CDATA[This is Christmas Eve in Uganda, literally. It's just after 9 pm here and the city of Gulu is about to open for partying. In their Biblical translations the three wisemen held disco tech parties until 5 am on each of the two nights before Christmas to welcome the birth of Jesus. On an earlier note, we spent part of the day with 13 of the children we&#8217;ll be hosting for Christmas tomorrow. We drove out to their school and played with them while seeing their classrooms and listening to more stories about their lives, past and present. The children we&#8217;ll spend Christmas loving on tomorrow have heavy lives. Some of them are child mothers who were abducted and then forced to be child brides to LRA commanders. They are also children who were abducted from their families during a raid on their village or, and also, as they say here, children who were born into captivity. Captivity, can you imagine saying that about your child? We brought the children back to our hotel for lunch. As they were piling out of the van, one little boy was half asleep. I picked him up and carried him. He ended up falling right to sleep..in my arms. I just sat and held him and prayed over him while the other children enjoyed lunch. April came over and took a picture of the two of us. She asked if I knew who the little boy was. I said his name and April said yes. Then she connected his name back to a story we heard from the director before we had ever met the children. <a href="http://2.bp.blogspot.com/_IWkkJFNwqpc/SzOz2Js8_xI/AAAAAAAAASA/fekIWv2U3HI/s1600-h/IMG_0403.jpg"> 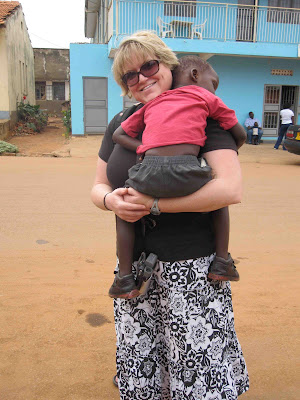 His story is that he was born “into captivity” to a mother who was a child bride of an LRA commander. His mom escaped the bush with her baby and went to live in an LRA camp. The commander came to get them and she told her “husband” she had AIDS. He strangled both of them and rolled them in papyrus mats. People found them later. The mom dead. The baby barely alive. He is now 4. And today, he was sleeping in my arms. This might not be the happiest Christmas story to share with you, but stories like this are real and they are here amongst the three of us who are ministering to the children, and the people, of Gulu this Christmas. I continue to thank you for your support of our work which has enabled us to provide for these children. I always tell people that our beds are vehicles that allow us opportunity for ministering in other ways. That has never been more true than now. The great news in this story is that this little boy is alive and God has great plans for his life. Tomorrow we will love these 14 children with every tender way we have to offer them. So, tonight as you tuck in your own children, I’m asking you to pray for those here without parents, those who we have the chance to share hope and love and Jesus with. Merry, Merry Christmas to each and every one of you. See you in the next blog,
Jen]]>