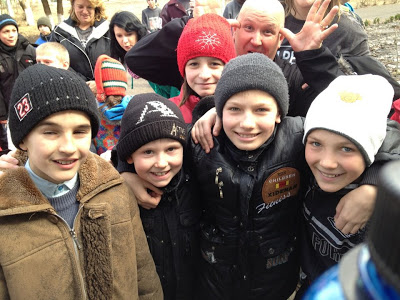 <![CDATA[<i>Currently a team is serving, quietly and faithfully, in Moldova.  Seeking ways to pray for the team, Sweet Sleep staff reached out for an update from the team leader.  Following is an excerpt from the email sent by Tony Black.  Please continue to partner with this team in prayer as His faithful servants work tirelessly to bring hope, love, and the Word of God to the children in Transnistria. 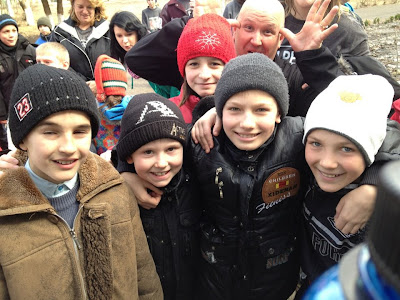 We’re doing fine. We haven’t been able to blog much, primarily due to daily changes in the program. We have been faced with daily adjustments to our schedule which has required us to regroup and re-plan almost from scratch. We don’t arrive back at the hotel until 9:00 pm or after and then have to prepare for the next day. Many of us are getting to bed well after midnight.   We came to Moldova with the the belief we would have two and a half hours each day to do the VBS. This is one hour- to one and a half hours less than usual.

When we arrived we were told that time was reduced to one and a half hours by the director of the orphanage. After our first day of VBS the director reduced our time to a mere one hour as they had issues with how excited the children got about the program.  This was a devastating blow to our team and it took much prayer and discussion and tears to work through how the program could  change that significantly and still have impact. God, as always, is faithful. We gave ground to the director in this battle so that God could ultimately achieve the victory.  Yesterday was a long, difficult day  but it was very rewarding as smiles and hugs from the children proved God was still working here. The director and assistant director were very complimentary of the day and actually getting to see children sleeping in their new beds during their nap time yesterday was precious. We’ve had sickness run through the team. At least 5 of the team members have terrible coughs and fever. The Internet has also not been reliable. We will hopefully have more stories ready later today. There are some amazing ones. Thank you for your concern and continue to pray for strength and health for the team. —Tony Black, Team Leader]]>