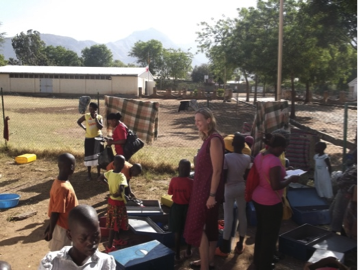 
DAY 4:
“Inspired to be cuddled by children, I woke up very early in the morning ready to move with the education group after spending the previous day with the resettlement group with which I shared some intensive emotional moments.
That morning I was able to have a soda with a Chapati for breakfast as the rest of the team also enjoyed their breakfast with some tea and bread which I bought for the team.
Having had breakfast, we started to prepare all the children whom we were going to place in schools. The children were provided with scholastic materials, blankets, shoes, panties and boxes or metallic suit cases that were provided by the Community Development Centre to mention a few among others. 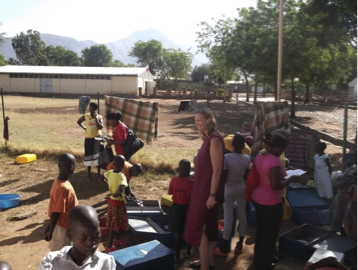 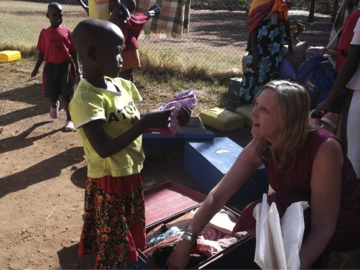 Returnees being helped and prepared by the team members to go to school where they were placed.
It was an exciting moment for the children as they received their school items from the education group and I was very happy too because of Sweet Sleep being part of this exercise. With so many children to fit in the only car that we had, it took us a while to load everything but somehow we finally managed to load everything.
Shortly after loading everything, we set off our journey to Kapwachi Primary school which is one of the Government schools within the Karamoja region. 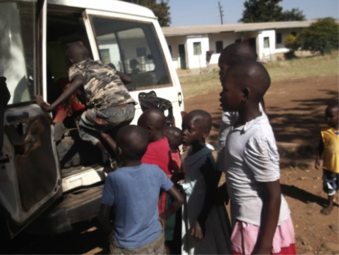 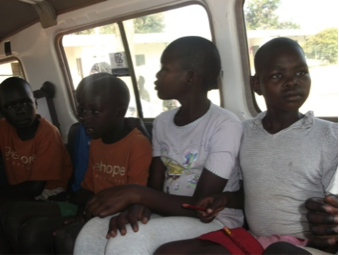 Returnees leaving the Community Development Centre for school.
Kapwachi Primary School is both a Day and Boarding school that serves like an orphanage home/school in nature but with all children paying some school fees. The indigenous partner organization is responsible for paying the school fees of all the returnees that were enrolled and placed in that school under the partner organization’s care. By the time of placing all the children in that school, the partner organization had already paid the school fees for all the 12 returnees that were placed in that school.
On arrival at the school, the old pupils w ere very excited to receive new children within their school and immediately the team started distributing the scholastic materials and other school related resettlement items to the returnees who had already been enrolled in this very school to attain formal education.

The already enrolled Returnees receiving their resettlement school packages for term one.
On the side of the sleeping condition at this school, some children do have beds though squeezed while others are sleeping down. Most of the children at this are really vulnerable and when I interacted with some of those sleeping down, they expressed to me that they are indeed fade up of sleeping down because ever since their child hood, they have always kept on sleeping down on the floor. They said that it feels good and great whenever a child sleeps on a bed of his or her own and sure they emphasized how jealousy they felt seeing other children sleeping on beds while them are sleeping down. 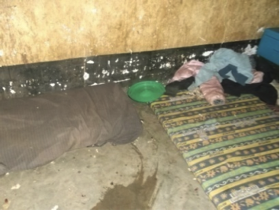 Through a quick count, 124 girls at this school don’t have beds though they do have some mattresses, bed sheets and blankets in a fair state. On the side of mosquito nets, those that I managed to see had holes in them and many of the children lacked mosquito nets. Otherwise, there is need for Sweet Sleep items at this school.”

Join us tomorrow for the final day of Josephine’s Journal