<![CDATA[I’ve been involved with Sweet Sleep in a variety of capacities since 2006, and somehow I continue to be amazed at the things God does through this ministry to change people’s lives. You would think that by now I would have seen it all and no longer be surprised by the things that happen, but then there are days like today. Today, Madelene and I had the opportunity to visit several people in Kampala who are a part of one of the economic development projects that we initiated in Uganda this past February. This group, along with six other groups, were among the first beneficiaries of Sweet Sleep’s initial efforts in the area of economic development in Uganda. Sweet Sleep has been providing beds in Uganda since 2009, but we’ve just recently begun to expand the scope of the ministry here to include projects like these, aimed at strengthening struggling families economically, so that they can better care for their children, and hopefully begin to break the cycle of poverty that grips this country. As we visited four different homes, and listened to ten different members of the group describe their progress and successes, I couldn’t help but be amazed at how much had happened in just four months. <h3 class="p1">When we had visited these same people in February to assess their group and project proposal, we heard so many stories of struggle and hardship. And while these people are still poor and struggling, today they excitedly told us how their businesses were growing and turning profits. With these profits, they are able to do amazing things for their children and themselves, like paying school fees, providing more frequent and better food, and dreaming of how they can expand their businesses. I really wasn’t sure what to expect from just four months of time in the program, but I have to say that today was confirmation that we are on the right track and that God is doing great things through Sweet Sleep. One other special note from the day is that one of the ladies in the program, Carol, has a son who was born just one week before we met her in February. When we met her, Carol and her new baby were literally starving to death. Carol was very weak from hunger and not really able to feed her son. Today when we saw Carol and her son, they were both healthy and happy. In gratitude for the work that our staff member Josephine had done with Carol and the rest of the group, Carol had named her son Jonathan, after Josephine’s husband. Today she said that whenever she says the name “Jonathan”, she thinks of Josephine and all that she has done for her. She then said that she wanted Madelene and me to give the boy a second name to help her remember all that Sweet Sleep has done for her. Jonathan being a boy, Madelene decided that his second name should not be Madelene, but that Stuart would be a fine name for him. Carol clapped and cheered and hugged us both. So, now there is a boy in Uganda named Jonathan Stuart so that his mother will always remember how God used this ministry to change the course of their lives. I am honored to know Carol, to have been a part of the story that God is telling in her life, and to share a name with her son. 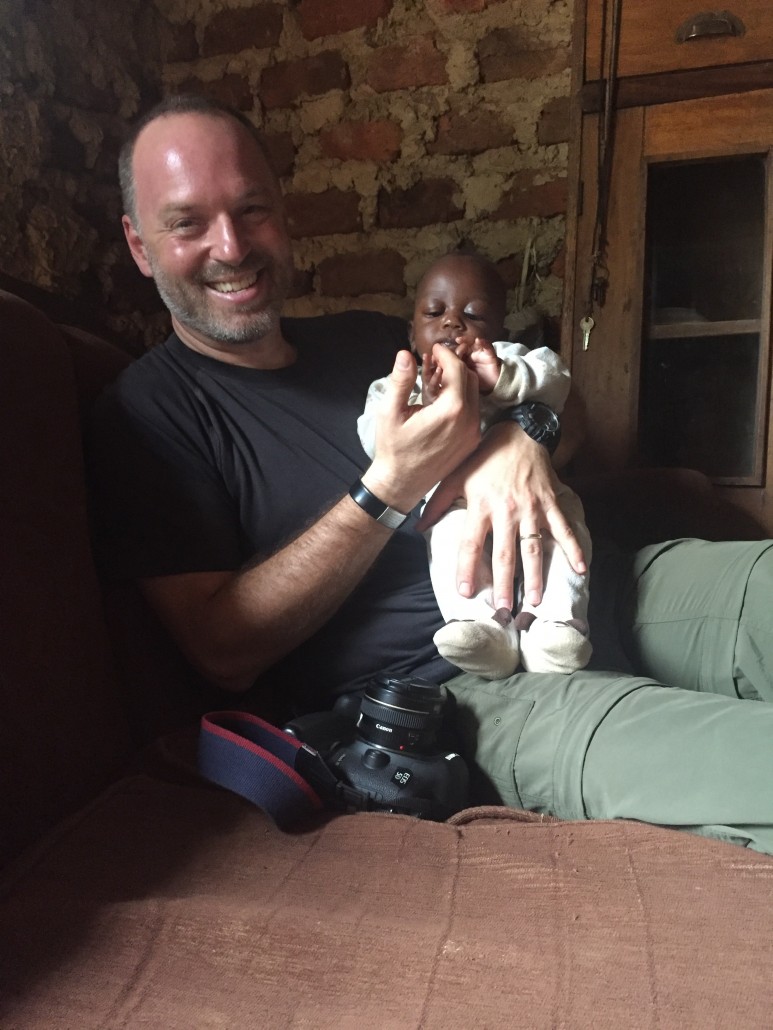