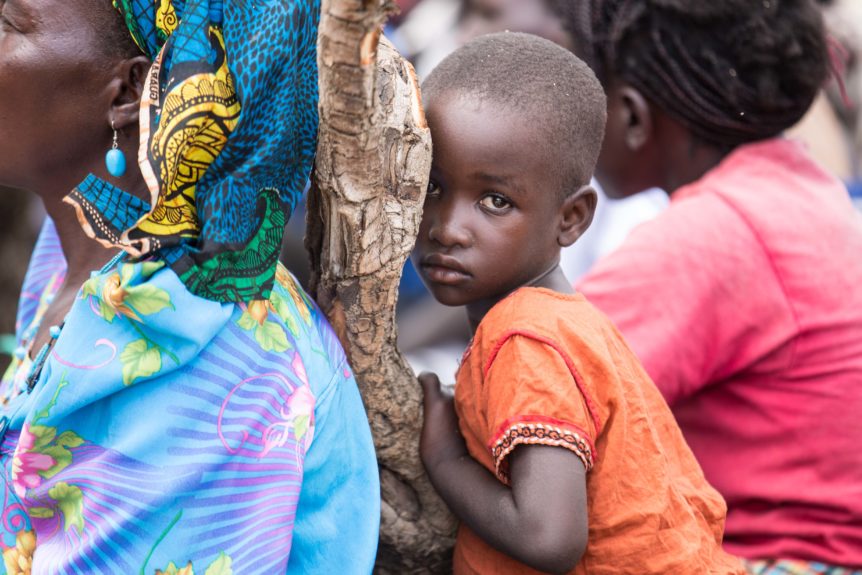 <![CDATA[I might have taken on more than I anticipated, when I set out to give beds exclusively to children with special needs and disabilities. Two years ago, in a village called Unyama, my eyes were first opened to the plight of children in this region who suffer from rare diseases, physical deformities, mental handicaps, paralysis, blindness, and deafness. Their disabilities aren’t understood, and the children are often not valued. Today, a mission team of 12 embarked on the first distributions of the week. In all, we gave beds to 226 children, all of whom suffer from a disease called <a href="https://en.wikipedia.org/wiki/Nodding_disease">Nodding Syndrome. We were told this disease had become an epidemic among this particular region of northern Uganda, and was a result of the war that only recently ended. The disease causes a complete and permanent stunting of growth of the body and brain, resulting in physical and mental handicaps. It is characterized by a pathological nodding seizure, which often begins when the children begin to eat or feel cold. Many of these children simply starve to death. The day was very long and extremely hot and dusty, and the team was pushed to their limits. They worked hard in an environment their bodies weren’t accustomed to, and they saw things they will need to time to process. Despite this, they served courageously and joyfully. Seeing so much disease and so many broken minds and bodies, all in one place, showed me disability in a new and different light. The mood in the village was somber… heavy … perhaps without hope. The typically ebullient crowd was sedate, tired, concerned. Whereas before, I had seen only isolated cases of disabilities among typical children, today I saw an entire region affected by the wrath of a disease about which very little is known. It’s hard to serve under these conditions, but it gets taken to a whole new level when there is just no hope, no joy, no light at the end of the tunnel. I don’t think I remember a single sick child who smiled at me today. There was no “reward” for our good efforts. It wasn’t apparent why we were there, or if what we were doing even mattered. But that, in and of itself, is the entire reason we’re working so hard for these kids. Without the promise of physical growth or the relationship of a healthy mind, it’s so easy for these children to be forgotten, abandoned, and basically left to die here in these remote villages deep in the bush of northern Uganda. Today, they were not forgotten. Today, they were celebrated by 12 people who traveled almost 8000 miles to reach them. Today, they received beds and mosquito nets that had been sacrificially provided by hundreds of people who would never meet the children, but whose hearts were broken for them nonetheless. Today, they heard the Word of God, and they were told they are beautiful, desperately adored, and worthy of love. And tonight, 226 children are sleeping comfortably in a bed for the first time in their life. Madelene Metcalf]]>