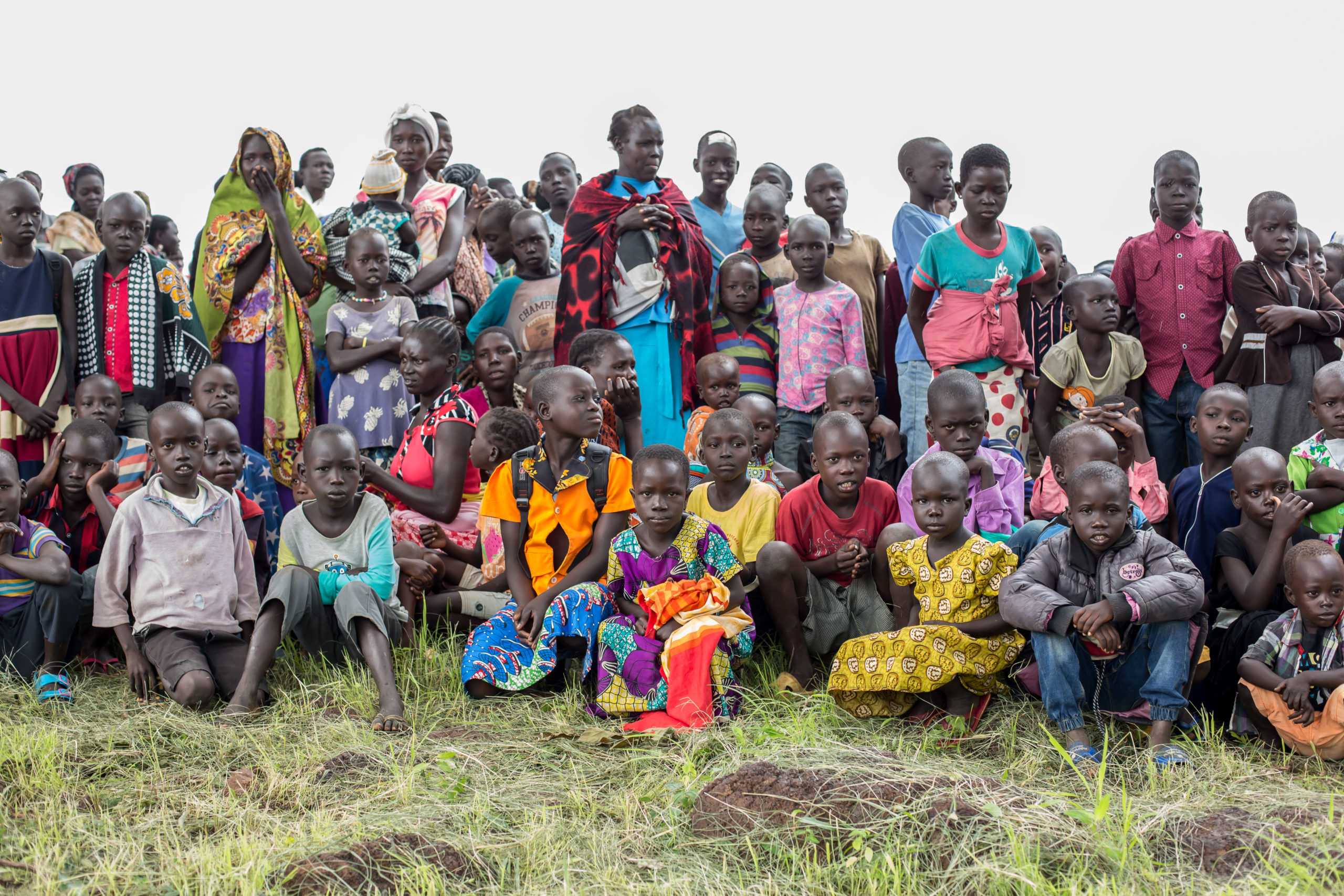 <![CDATA[ <p>Today our team traveled three hours in our bus from Gulu to Adjumani. Adjumani is an area that is home to approximately 82,000 South Sudanese refugees. Since 2013, there has been a bloody conflict between two opposing political parties. Many people think that American politics has risen to new heights of vitriol in the last few years, but nothing we have experienced in America comes close to what has happened in South Sudan. It is not even in the same universe. Conservative estimates suggest that 380,000people have died as a result of the war, and approximately 2,000,000 people have fled across the border into Uganda seeking refuge from the bloodshed and chaos. Many who come are unaccompanied minors who have either been separated from their families by the fighting, or whose parents have been outright killed. Once in Uganda, the children are placed in families and settled into refugee camps. Over time, that camps morph into permanent settlements. It was from one of these settlements that 200 children came to day to receive a new bed.

Life in the camps is hard…unimaginably hard. After fleeing over the border, often with nothing more than the clothes on their backs, the refugees become completely dependent on the Ugandan government and the UN for survival. They are starting over at the absolute bottom, and climbing up from there is likely decades of work for a fortunate few, and more likely a permanent situation for most. I’ve worked in Uganda for ten years now and seen crippling poverty everywhere I’ve looked, but these refugees have the added burden of trying to start an entirely new life in a strange country with little help beyond a tiny plot of land on which to build and small hut and grow a few vegetables, and meager government/UN food rations that decrease over time.

When we arrived, we were greeted with songs, dancing and shouts of joy. It’s hard to imagine these people could even remember how to express joy after the horrors they have seen and the hardships they have endured, but I suppose the prospect of bed for their children to sleep on could revive long-dormant emotions in these suffering masses.

If you don’t know, the beds we provide in northern Uganda area simple pallet bed that consists of a mat (to keep the mattress off the dirt floor of their hut), a foam mattress, a blanket, a mosquito net to protect the child from malaria, and most importantly, a Bible.

After the songs and dances, we went through all the usual activities of our bed distributions. Introductions, songs, a skit about malaria and the importance of the mosquito net, play time with the kids, a gospel message to the crowd, and finally the distribution of the beds. This team of 12includes 8 people who have never traveled to Uganda with us before, and they did great.  Listening to them share at dinner tonight, I heard very clearly that today had been a day of great impact on them. You cannot come here and do this work without it changing you. They were all struck by the joy the people exhibited in spite of unimaginable hardship and suffering.

One particular moment that impacted me today was when we were signing a song to the crowd. We were singing “Build My Life”, which is a very popular worship song in America. You probably know it.  About a third of the way through the song, I looked into the crowd in front of me and saw a woman singing along with us. I have no idea how a South Sudanese refugee would have heard that song and learned all the words, but she did. There she was, singing and praising God with us.

I’ve had many moments like it over my many trips, but I am always struck in those moments by the thought that even though I had never seen that woman before today, we live half a world away from each other, we look very different, we don’t speak the same language, and our lives could not be more different, we are inextricably linked by Christ. I will probably never see that woman again, and I don’t know what will happen in her life from this day forward, but as Christians, we are brother and sister. And days like today remind me over and over again that God is not just God of America. He is God of the whole world, and my heart is filled as I fellowship with my brothers and sisters here.