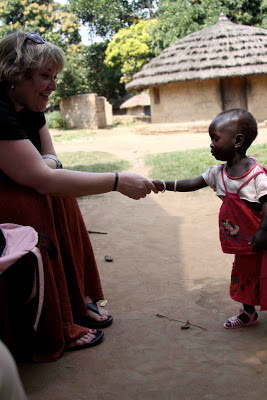 i thought you’d all like to know i’m sitting in an internet cafe, the eve of christmas eve, getting to tell all of you about how you have all helped to provide love and hope and joy to children who’ve really never experienced any. and, listening to Kenny G playing outside. ahhh, christmas in uganda.

the last two days we have given beds to camp 3 and camp 4. we are generally welcomed with a lot of dancing and drums and songs. yesterday we were welcomed by all of that, but also with this wee little one who kept coming over to us to shake our hands. i can’t even tell you how cute that was. she probably shook our hands 5 different times. 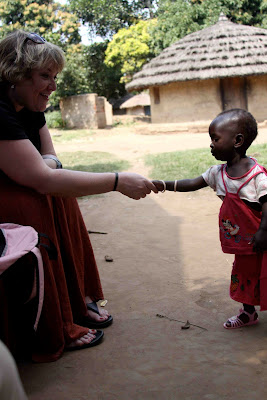 it’s been really fabulous to stand before the children and tell them the story of sweet sleep; to ask what kind of things they think about at night and then listen as they talk about thinking of their future, their health, their safety, their future. most of all, it’s so good to be able to tell them about our god who has created them, loves them and provides for them and has a special plan for each of them.

that’s a hard one to imagine for them…a special plan…hope….but these last two days i’ve been asking the groups if any of them knows if they are around 6 years old. they don’t know their birthdays, so i can just ask them for a rough guess.

i’ve had alittle one come up and stand by me and then i tell everyone that when he was born i was going on an airplane to a country far away from my home where i met little boys and girls like them. 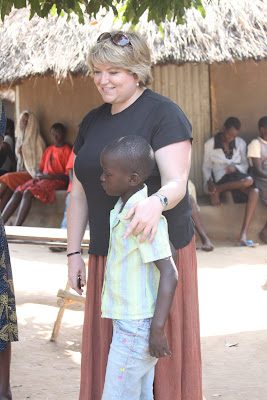 then, i’ve pointed at his calf and said when he was that big we were giving beds to a few boys and girls. at his knees, i say we were giving a few more beds and when i finally reach his head and put my hand on the top of his head i say, “and now he’s this big and we’re giving beds to all of you.” this gets a huge reaction: clapping, laughing, shouting and a semi blood-curdling war-cry-like sound. i think they are happy. 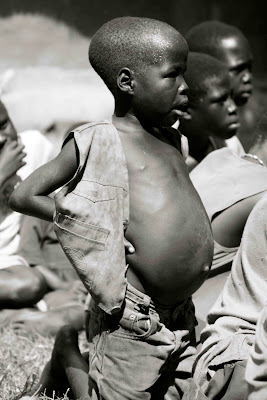 one thing that is always hard for me is to see so many children like the little boy above. people generally think it’s a sign of hunger. more often it’s a sign of intestinal worms. sorry if that grosses you out. it’s more shocking and disturbing than gross if you want to know how i feel. little kids get worms like this for lots of reasons: food and water being two of them. but, also they get hookworms from sleeping on the ground..like these children do. 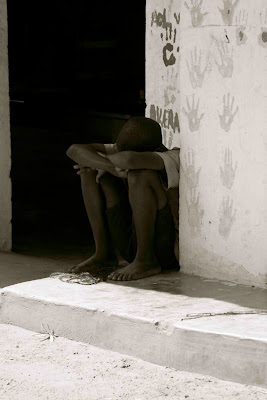 another thing that is hard to see if children sick with malaria. they are completely lethargic and look greatly pained. april saw this little boy and sat and asked him what was wrong. he said he was sick.

when we were leaving i walked to the car and found him on the ground, sleeping hard. i watched him for a minute. he was shaking and moaning. i thought he was having a bad dream and just prayed over him for a minute. i’d not known about april’s encounter with him. the director of the orphanage was needing to take him to the clinic, so we said we should pile him in the car with everyone and go.

the first clinic we went to was a sea of sick people sitting outside waiting to be seen. we offered to take him to a private clinic so he could be seen quicker. as it would turn out, this little boy was diagnosed with cerebral malaria and needed immediate treatment. after we left him there i came back and googled his condition. people who get cerebral malaria die if they are not treated within 24-72 hours. i sat where i was and cried. i was so thankful god sent us to that place and allowed us to see this little boy provide for his care. i also cried for all the children like him whom we aren’t able to see.

malaria, i do not love you.

friends, i do love you. thank you so very much for helping to save children’s lives by supporting our work and helping to provide not only nets, but hope and love. 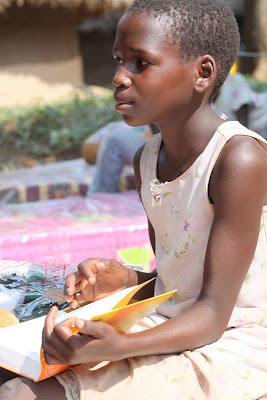 and finally, this image makes me happy. it’s a picture that is full of hope. because of this bible, this little girl and hundreds more like her who we’ve ministered to this christmas will be able to find something so many of us have. in so many countless ways.

thanks my friends. sweet sleep has the greatest supporters. i am so thankful for your partnership with our ministry. without you this would all be a giant prayer waiting to be fulfilled. you, are the answer.

see you in the next blog,
jen