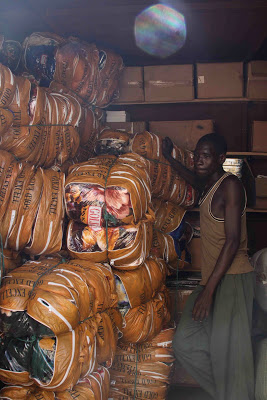 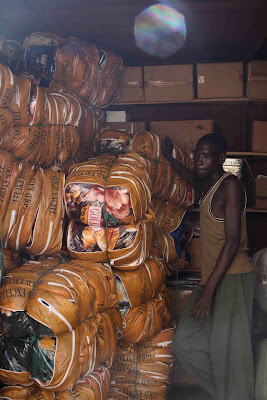 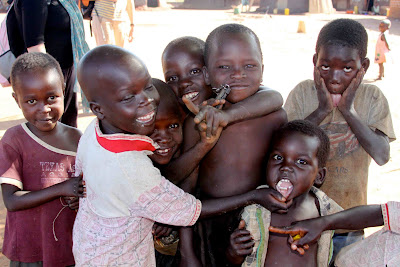 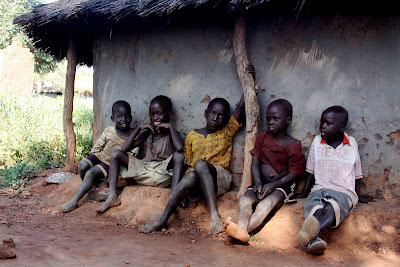 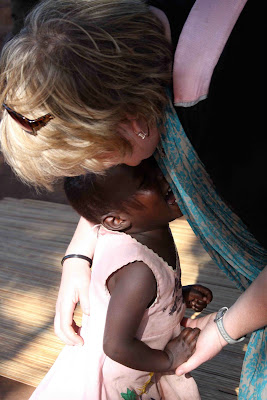 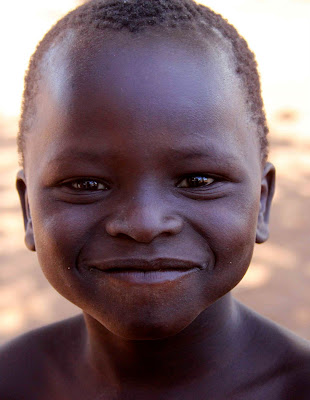 hello friends! i’m so excited to be sharing with you tonight. before i go any further, you need to know that i am going to make a lot of spelling and random mistakes. this is a strange duck keyboard. i’m not even going to try to capitalize.

well, there’s so much to say. i almost don’t know where to start.

this morning we were walking back from an errand and i realized today was december 18th, the day i was baptized about 21 years ago. i laughed a little and thought that, if you would have told me that two decades later i’d be walking down a dirt road in gulu, uganda helping provide beds to orphans….well, i know i wouldn’t have believed you.

yesterday we made the long trek from kampala to gulu. so many things went through my mind as we neared the north. i’ll share some of those later. after just two days it’s obvious that everybody here has some kind of story about how the lra has impacted their lives. example, last night in an internet cafe, the owner told us that he had been abducted by the lra and was forced to be a child soldier for 3 months before escaping. everyone has a story. it’s like being in the aftermath of some terrible tragedy like a tsunami or 9/11. thousands of lives taken, thousands of families torn apart. thousands of children kidnapped…it’s too much to understand.

today we took 70 beds to one of the camps. it was great chaos. many of the kids remembered me from the day i spent with them in july. that was fun. i wouldn’t have expected it. i’m just another in a long sea of people who are coming into their lives and trying to give them hope to make up for their heartache.

these kids are great fun to watch, especially when april takes their photos and shows them the picture on her widescreen camera. i’d love to bottle up their laughter and play it back for them when they need to remember happy times.

when the kids learned they were getting beds they absolutely freaked out. it was so fun. the program coordinator was sitting next to me talking in acholi with them. i had no idea what they were talking about, and suddenly there was a great cheer. she leaned over and told me they were very excited to learn about the beds.

one little girl stood up and told me that she had been praying for such a thing for years and that now she was going to pray the same for others. she asked me to thank those back home who had helped. i promised i would. then i taught them how to blow kisses. another boy stood up and began talking. he said he had prayed for something like this and now this was an answered prayer. he said he would pray we would be able to bless others as well and asked that i tell all the people back home that they were so happy and that he loved you. so, feel loved. very loved.

today the drab brown camp was speckled with bright pinks, greens, yellows and blues as the mattresses and blankets and such sat piled up waiting for the kids to take them home. some have moved back into villages. many of the children still live in the camp because they have no where else to go. we sent kids off down the road with mattresses, blankets, mats, nets, bibles and more. others we helped settle their new beds into their dark huts.

but before everybody left each child took their mattress, laid it in the grass and laid down on it. you should have seen the smiles. lots opened their bibles and studied the pages. so great. so, so great.

i’m going to stop blogging so i can try to post some pictures from yesterday. i haven’t compressed any of the ones taken today from the bed distribution. you can find those on the blog that jon posted from the facebook pictures i put up during the whole shebang. they’re great.

please pray for these children tonight. pray for their rest, their dreams, their safety, their health, their lives and for them to remember they are not alone and tht there is great hope for their lives in jesus. pray these beds remind them of that.

see you in the next blog,
jen

2 Comments on “day two in gulu”