On this trip, I’ve really noticed how different the societies are between Uganda and the United States. You see on the commercials and you always hear about it. Especially when people found out I was coming to Africa, I was told how different it was here, but it never really sunk in until I saw it; until I saw the poverty, until I saw the despair. But yet even in all the despair, the people are able to enjoy. But in America, we don’t even have as much despair, and we have a better chance to succeed, yet we still don’t find as much joy as the people here do. That has really stuck out. We just don’t find as much joy as they do and they have lots less of a push towards hope. 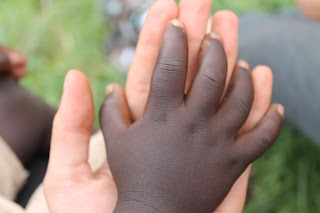 The whole trip has been memorable, but one of the first ones was on the first day we handed out beds at the second distribution site outside of Gulu. There was a boy that came up to me and I was just loving on him and playing with him and he was sitting in my lap. It was just giggles and fun. Then December, the Health Alert Director, came up to me and said, “Oh look. You have a kid. How great.” And I was thinking, “Oh no, his mom probably loves him too much and is worried about him.” but December told me, “Oh no, he is an orphan.” and it broke my heart. 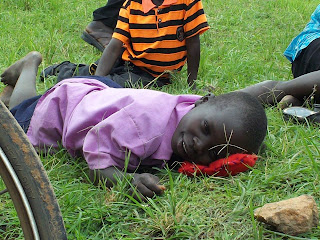 I’d like to say that it didn’t get my spirits down, but it did because it was so sad to know that this precious baby, who was maybe 2 or 3 years old didn’t have a parent to go home to, and didn’t have somewhere to go home to at night. He was pretty much on his own. That really stuck out to me and I really felt blessed to give him the opportunity for a bed and love. And at the same time it was so sad because I could only love on him for those moments. I couldn’t fix his not having parents.

Realizing that so many children were orphans, I was so much more eager and on fire the next day just to love. Because if these children don’t have parents to love them, they have to know love somehow, somebody to care for them. That is something that all kids need. So, the next day I was so eager. I couldn’t wait to get out there and find a kid and give that kid my whole heart for those few moments, so that maybe, just maybe they would know love and fill that void they might have from not having a parent. 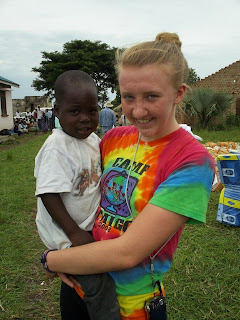 On this Sweet Sleep journey, I’ve been able to show love and I’d like to say that I witnessed, but only through translation. But I’ve been able to witness and show love to these people and I don’t even speak the same language as them. I can’t walk up and start a conversation with them, so my entire witness has been through my smile, my handshakes, and just playing with the children. So knowing that I can show love and that I can witness to people without using my words, and I’m a person that talks a lot, it gives me a fire and a hope that I can do it at home. Why can’t I witness? There is nobody that I shouldn’t be able to witness to, because if I can do it without talking, then I can for sure do it if I speak the same language. So I think that this trip has just opened my eyes to opportunities to witness that I haven’t looked at before this trip.

One thing I’ve really noticed this week, the one thing that has really hit my heart is how much I take for granted. Sometimes I’ll just look at my life and think that I have it bad. No, I have it GOLDEN, and I’ve never taken the time to appreciate that and this trip has really helped me to appreciate all that I have. Whether it be the love of my friends and family, especially my parents, seeing all the orphans makes me appreciate all the love that I have. It’s just shown me not to take anything for granted because there really are people that would love to have everything that we have, or just anything at all. I’ve learned to stop and take a look at myself and try not to be just another selfish American, and try to be a good witness like Jesus told us to.
Kelzye Isham