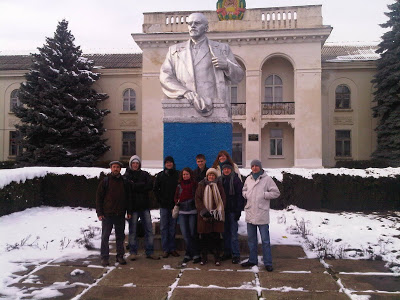 Our current Sweet Sleep team is working in a part of Moldova called Transdniestr—a self-declared republic which is one of the world’s last surviving communist strongholds. 555,000 people call this region home; 41% is Russian, 32% Ukrainian and 18% Moldovan.

Monuments to Lenin and other Soviet heroes can be found on busy street corners, our team is pictured here below by one such statue. Meanwhile, most people struggle to get by in a land that the rest of the world knows nothing about. 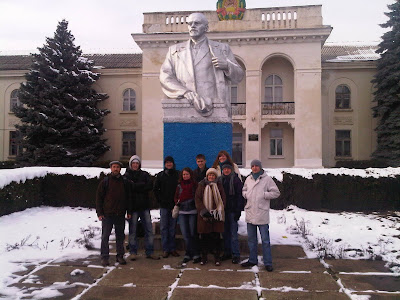 Transdniestr has its own currency, police force, army and borders, which are controlled by Transdniestran border guards. The predominantly Russian-speaking region boycotts the Moldovan Independence Day and celebrates its own independence day on 2 September.

Here’s the hotel our team is staying in this week: 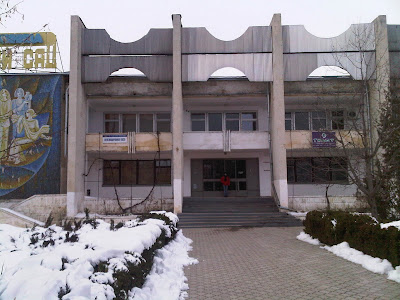 National Women’s Day is today. Much of Transdniestr was closed to celebrate the day. Our team celebrated the day by having lunch with the pastor of the church Sweet Sleep is working with to minister at the orphanage and by preparing supplies for the week. Here’s the team at lunch…. 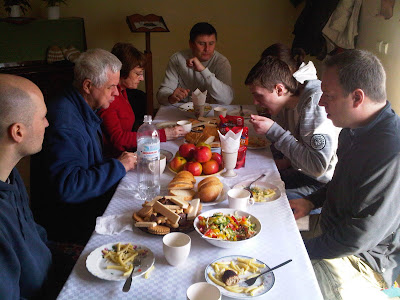 And, getting to know some of our new Russian speaking translators. Yes, this is a translator….on the right. Donnie, our team member, is on the left. Don’t you agree they could be brothers? 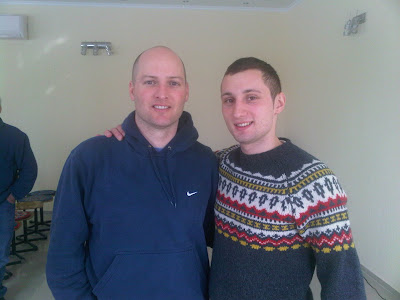 Thanks for your support of our team….stay tuned and keep them in your prayers as they sleep right now and then as begin to minister to children tomorrow.