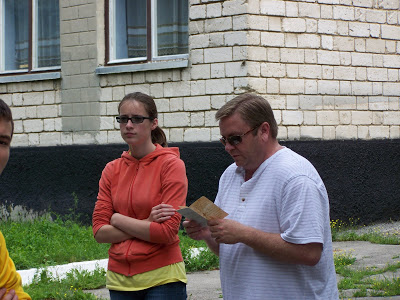 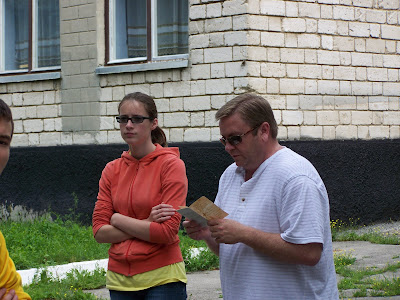 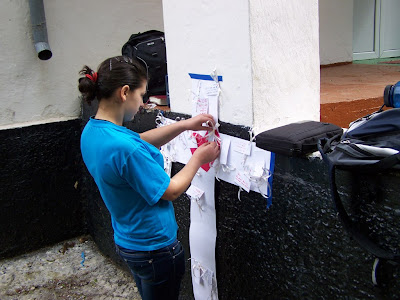 I finally understand why God had me come to Moldova.

The last day of VBS was AWESOME. The Rec. Team’s mission was to make sure no rock was left unturned. We made sure to talk to every child about God’s Plan of Salvation. After we talked to every group we gave them a piece of paper and asked them to put their name, their age or the date they were saved and anything they wanted to tell God. The amazing thing was trying to make sure we were communicating to each group on their level and they fully understood what it meant. We had a great team of translators, Miheallea, Kate and Ilie (Elijah) and really, really worked hard to make sure the kids understood everything we had to say about them (the kids) personally except Jesus in their Heart to be SAVED. Then we read the Salvation Prayer and if they wanted to they could repeat it. We had 1 group of the kids where about 8 of them quoted the prayer out loud. I almost started crying while trying to continue with the prayer. What an AMAZING feeling. We also asked every one of the kids to post their requests on a Cross with a Heart on it that repersented giving their heart to God or that they had already been saved. We really worked hard to make sure the kids understood everything we said. Whan all groups were finished we ended VBS and had a party for all of the kids. Dancing, singing and eating snacks, what a great time. Today we took the Cross and had each message translated in english from all the kids and found out that 9 had been SAVED and accepted Christ. WHAT AN AMAZIING THING THAT GOD HAS DONE.

We give all the GLORY to GOD and thank him for us being a part of his plan.