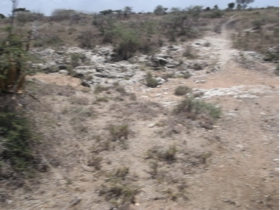 DAY 3:
“We started the day with a late breakfast of black tea without any edibles which Tea I really failed to take in spite of trying my level best to do so. The water in this location is somehow contaminated with lot of minerals and not so fresh for drinking unless when may be treated first. The would be water bodies with perhaps fresh waters are very far and this region being a mountainous area, most of the water tastes salty with somehow a bad smell.  The prepared Tea still tasted salty even when sugar was added to it hence one easily failing to take it.
With the same water, it was also observed that one needs to use a lot of soap in order to create enough foam for meaningful bathing and washing of clothes.
Having had this kind of experience with water in Karamoja, we made ourselves ready to go to the field so as to embark on the resettlement exercise which to me was yet another experience in my life. It was decided in a brief meeting that the resettlement group was to start the exercise by resettling the two children who were not returned to Karamoja along with their parents.
Michael and Agnes are the two children who were returned to Karamoja off the streets of Kampala without their parents. With the help of one vehicle a Land Cruiser by model provided by the Community Development Centre, we embarked on the journey to the field to trace Michael’s home first.
After a few minutes of the journey, I realized and learnt that in life we should always rejoice and thank God for the simple pleasures that God has always surrounded us with because God was opening my eyes to totally a new world. With what I saw, one doesn’t need to ask questions why Karamoja region is said to suffer with the highest poverty levels with 80% of its total population living below the poverty line.
Most of the areas that we passed through were dry with very poor infrastructure, poor soil fertility and with no signs of agricultural production at all.
Being a child, Michael could still afford a smile as we meandered though the rocky impassable roads in our efforts to trace his home but deep inside me, my heart was so much broken and sympathizing with Michael and kept wondering how he was to cope up with life in such a seemingly lifeless region. 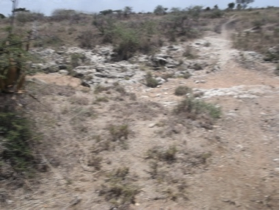 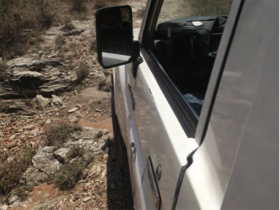 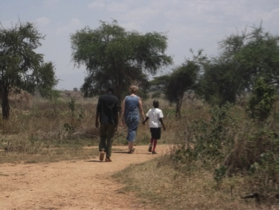 The journey to Michael’s home is depicted in the pictures above and along the way we got lost in addition to our car falling into a big ditch but we helped ourselves using big stones to get the car out of the ditch and proceeded with the mission of tracing Michael’s home.
After travelling for a very big distance, we reached a point where we had to walk on foot until we finally arrived at Michael’s home. Unfortunately, by the time we managed to trace and arrive at Michael’s home, his parents had already migrated to another unknown place but thanks to God that we were able to find his Aunt at the home who was staying with another sad looking child. 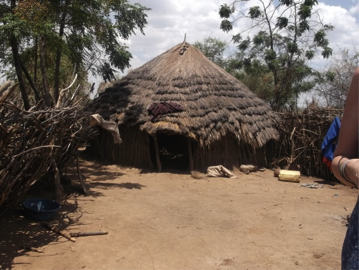 The sleeping conditions at Michael’s home was found worrying as there are no mattresses, blankets, bed sheets, mats and mosquito nets in the home. The only chance that Michael has to sleep on a mattress is when he is at school not when he is at home. 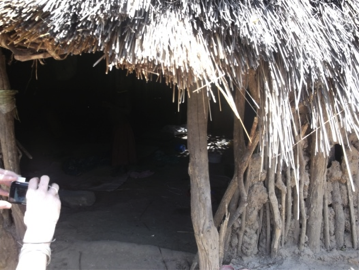 While at Michael’s home, I came to learn that the type of small huts that people live in within the Karamoja region are called MANYATAS.  It was so sad and hard to say good bye to the ever smiling Michael after joining him with his Aunt not parents who was very happy to see him back home.
However, as we prepared to leave Michael’s home, he broke into tears. We tried to comfort him that he was soon to be picked up by the Community Development Centre social workers and taken to school together with his relatives so that they may know which school he is to study from in order for them to always check on him and also to pick him when holidays commence.
With Michael’s parents missing, it was a hard moment for all of us as a team and we ended up deciding to travel back with Michael as the situation was warranting us to do so. Before our departure with Michael, we explained to his aunt that Michael was going to be placed in school the following day and hence encouraged her to always check on him or to pick him from school every end of term. The details of the school together with its location were made known to his aunt before we left and this seemed a big relief to his Aunt who was so much touched by Michael’s emotions like we were.
To Michael this was the best solution compared to being left with his aunt in such a situation. He later got to smile again though seemed to have missed meeting both of his parents and had a lot of questions if he would ever meet them again. He seemed to have a lot that he wanted to share with them to the extent that he let me know his personal secret that “he had managed to save some little money for his parents out of that he had collected while on the streets and badly wanted to give it to them”.
Michael further shared with me that he understood how life in the villages wasn’t the best for them and also wanted to see them smile as they received the package from the indigenous partner organization as their resettlement packages and to also share the great news about his getting to school.
Having succeeded in locating Michael’s home, the resettlement team then embarked on tracing for Agnes’s home as well. Unlike Michael and being 10 years, Agnes could somehow remember the route to the community where she used to stay before coming to the Kampala streets. Though she had ideas on the Geography to her home, it still took us a while tracing her home and the van also failed to reach her home the same way we did when tracing Michael’s home.
After walking for some time together with Agnes, we met a woman who seemed to know Agnes and called her name. Agnes was so excited to hear someone calling her name and she shared with the woman that we were trying to find their house but she couldn’t remember where it is. The woman was so kind to us and volunteered to guide us to Agnes’s home. Having walked with her for a while, we came to a Manyata which the woman pointed to and said that it was Agnes’s home.
On our arrival at the Manyata, some people came out of it and when they saw Agnes, they all shouted, hugged her and warmly welcomed her back home including his grandfather whom we later learnt to be the local leader for that community. It was all great excitement all over in spite of the parents not being home as they had gone to a nearby village to look for something to eat.
The sleeping condition at Agnes’s home doesn’t differ much from that we found at Michael’s home. In the home they can only afford some dried cow skins on which the children can sleep on and lack mattresses, blankets, mats, Bibles and above all don’t have mosquito nets to protect them from mosquito bites during the nights. 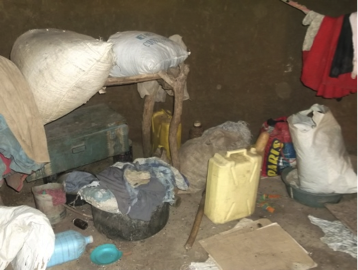 The beddings available for Agnes to sleep on while at home.
With both Michael and Agnes now resettled, we were now left with over 4 families to resettle and for these ones, it was very easy to resettle them because we had the parents of the children travelling who  fully knew their homes without any problems apart from being distant from each other. While resettling all the other families, there were many relatives and friends who warmly welcomed all the returnees. For all the returnees, we always left them being surrounded by their relatives and friends trying to share with them their experiences.”


Join us tomorrow for Day 4 of Josephine’s Journey