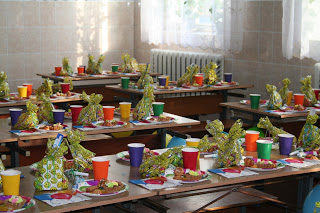 Today was a very emotional day !! It was our last day to be at Ivancea, we can’t believe it has gone by so quickly. When we drove up to the orphanage, the kids were jumping up and down and waving at us, that made all of our hearts melt. We were throwing the kids a Big Birthday Party today and it was a surprise for them. 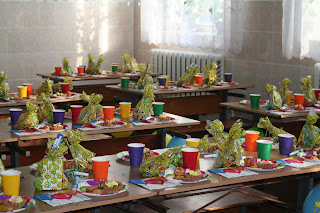 We went in through the back kitchen door and started throwing things together as fast as we could, since we were late because of buying art from a local artist …..AT HIS HOUSE!!!! (That is another story I will have to tell later!) 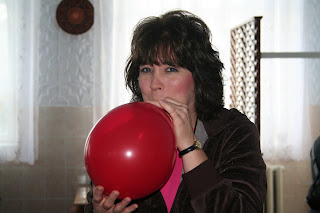 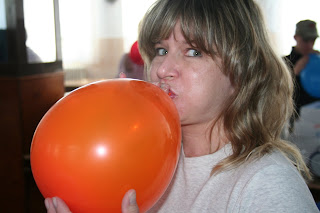 Dan and Dorin (one of our translators) were guarding the cafeteria door so the kids wouldn’t come in. Once we had everything together, Dan and Dorin opened the doors and the kids ran (literally) in, it was so amazing to see their eyes light up when they saw the room. There were balloons hanging up, party plates, cups and napkins on the tables, also on the tables were goodie bags, party horns, pastries, cookies and juice. They were so excited. I found out after the fact that this is the ONLY birthday party that they have had at Ivancea…….the kids don’t get a birthday party and some of the kids don’t even know when there birthday is!…….How sad is that! (that breaks my heart!) We also gave the kids their very own Bible in their language….Romania. 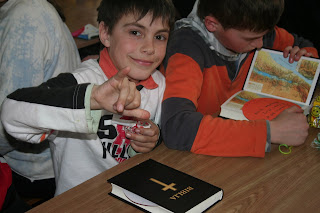 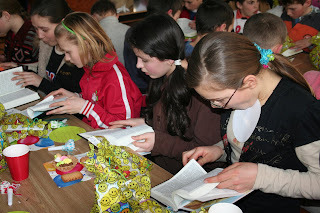 Arlene told the kids a story of celebrating everyone’s birthday …….when they are born and also celebrating their spiritual birthday…….the day that they except Jesus into their heart. It was great seeing the kids looking in their bibles to try to find some scriptures that we gave them. Towards the end of the party, several of the kids came up and wanted to comment on what the last 3 days meant to them. One little girl said that from the bottom of the heart she will always remember us and she loves us, one little boy told us that he is so excited now that he has a birthday to celebrate and a older boy got up there and told us that they will always be waiting for us to return to Ivancea and that he has God in his heart because of what we have done for them the last 3 days. We all lost it about that time, I’m not joking, just about every leader there either had tears in their eyes are were just flat out crying. I have really gotten attached to one little girl named Vera. 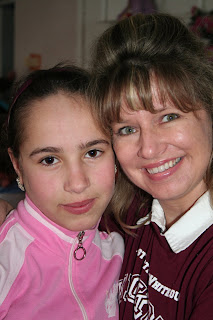 She was watching me through the entire party……………….I know this because I was watching her too! She is absolutely precious and I could bring her and this one little boy home with me……..Shane, get the back bedroom ready for him!!!!!! 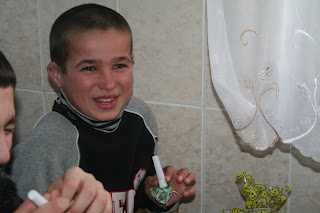 God has definitely been working in my heart over here! I’m still trying to figure out why I had to travel half way around the world for it to happen……….ha ha ha. By no means am I complaining, I am hooked. I could do this all the time. It is such a great feeling to know that I had a part in putting those smiles on their faces and planting the seed of God’s Word.
When the party was over the directors had us come into a different room and honored us with a snack…….traditional Moldova food and drink. I didn’t care for the “pies” but didn’t want to offend them, the wafers were good and the juice was ok, we were really kinda worried about getting sick…..ha ha ha Once we finished there, the directors gathered almost all of the kids and wanted a picture of us with them in front of the school. It is a great picture!!! 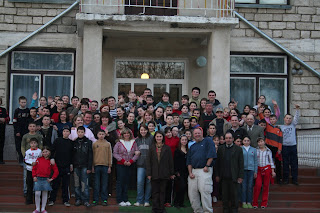 Then the dreaded time for us to leave came, the kids were waving and we were trying not to cry again.
Tomorrow is another day and another orphanage! Heavenly Father, please give us strength to make it to the end of the week. Help us spread Your Word and help us do Your Will!!!
Til next time!!!
Love you!
Nita